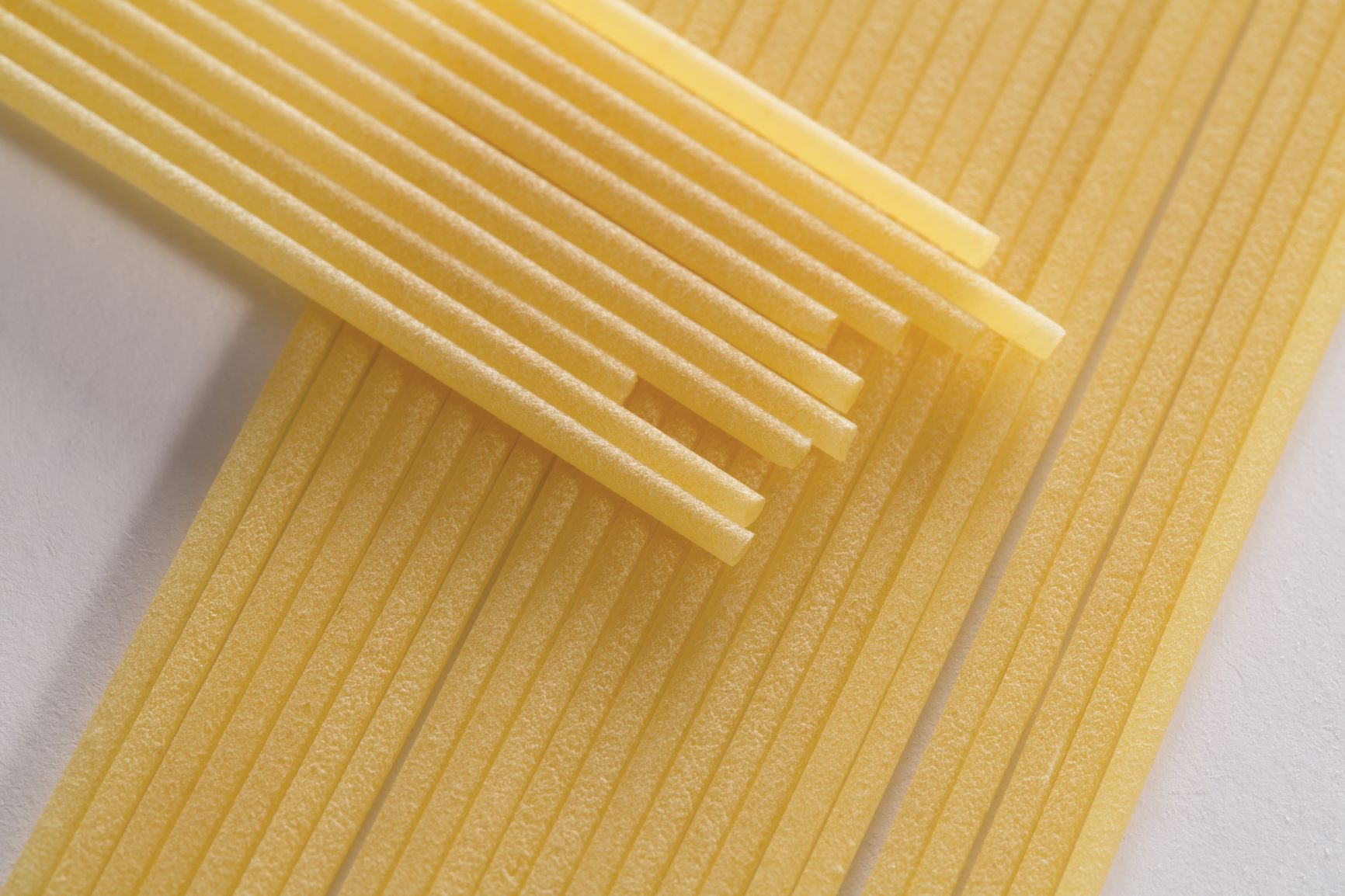 Nestled between Monte Lattari and the Amalfi coast in the Campania region, Gragnano has been dedicated to the production of pasta since the 16th century, quickly becoming the true and authentic “city of pasta”.

What makes Gragnano pasta unique in taste and texture is the land in which is produced that benefits from the warm and humid air coming from the sea, perfect for drying pasta slowly and delicately.

This little town was conceived to facilitate every stage of production, in particular the drying of pasta that was done in the streets under the warm Campania sun.

The secret behind the quality and the authenticity of this pasta is the traditional technique used to prepare the dough. The process of creating the pasta has been indeed carefully practiced and curated for hundreds of years.

The first phase of production consists in mixing the durum wheat flour with water coming from the territory. The dough is kneaded until it reaches the right consistency and extruded through bronze forms, which allow it to take the intended shape. The pasta is then dried slowly and naturally at low temperatures, resulting in one of the finest pasta worldwide.

Nowadays, more than 200 different pasta shapes are produced in the town of Gragnano by family-run factories, traveling beyond Italy’s borders to the rest of the world.

In 2010, Gragnano Pasta was granted the Indication of Geographic Protection (IGP) mark by the European Union. The IGP label acknowledges that the quality and the reputation of food is associated to the geographical characteristics of the specific region in which food is produced, making Gragnano the true city of pasta.

Pastificio Gentile is one of the oldest, artisanal pasta factories that significantly contributed to the city of Gragnano’s pasta reputation worldwide.

It was founded in 1876 in the small town of Gragnano known and has been taken over by the Zampino family in the 80s.

Gentile’s pasta is indeed particularly popular because of the quality of the Italian durum wheat used and its special way of drying noodles called “Cirillo”, which preserves the aroma and the texture of the pasta.

This method was conceived by the homonymous engineer from Torre Annunziata, in Italy. It is based on the possibility of recreating the same phenomenon of natural drying inside the pasta factories, which exploited the heat of the sun and the force of the wind.

All pasta shapes are bronze drawn, strictly using premium Italian and certified organic semolina. Among the most traditional ones are paccheri or fusilli, which are completely handmade and rolled up with a knitting needle, giving it a helical shape.